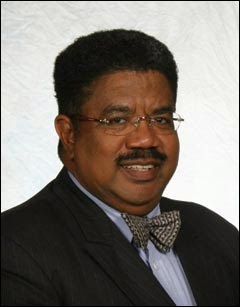 "Shame on Ken Amaro. He is a journalist. He should report crimes of pastors in a completely accurate manner. For not being completely truthful about the two charges against Gilyard (failing to mention one of them was molestation), First Coast News should issue a correction and an apology to the victims of Darrell Gilyard for Amaro's mis-characterization of Gilyard's crimes." FBC Jax Watchdog
------------------------------
One of the reasons I and others blog in the Christian community is that pastors and churches do a very poor job of policing themselves. Pastors do a VERY bad job of reporting the bad behavior of their cohorts - and are willing to "let God handle" an abusive pastor rather than using their influence to warn people about a misbehaving pastor.

Thus, blogs like this one serve a valuable service - we help to inform Christians of misbehaving and abusive pastors and churches. We shine a light that no one else dares to shine to inform and protect.

One thing I don't ever expect: is local news media to actually help protect and promote misbehaving pastors by telling half-truths.

So you can imagine my disappointment last night when I saw a very slanted and biased short TV story by Ken "I'm on Your Side" Amaro on First Coast News, Jacksonville's NBC/ABC local news station, on the plight of Darrell Gilyard. I've hyperlinked it at the bottom of this article so you can see what slanted journalism looks like. Tiffany Thigpen - one of Darrell Gilyard's victims who Gilyard attacked back in 1991- has already put up a scathing blog post on Amaro's "puff piece" on Gilyard. Go read Tiffany's excellent analysis here. Tiffany knows what she's talking about.

Here are the "puff points" on Amaro's story that only tell the half-truth about Gilyard, and in my view will serve to garner sympathy for Gilyard and help him build more followers, and more potential victims:

- Gilyard Did Not "Fall from Grace":  Gilyard did not just "fall from grace" as Amaro's title suggests. Gilyard was a serial abuser over decades. He abused women and children, Ken. And his "fall" was not at Shiloh, Ken. It started in the 1980s when he abused women at Victory Baptist in Richardson, Texas. Before that he abused women at Concorde Missionary Baptist Church in Texas.  Read of Gilyard's Texas abuses in the 1980s and 1990s here in this Dallas Morning News article. He physically attacked Tiffany Thigpen in 1991 here in Jacksonville. There was no "fall" - he actually BEGAN his ministry by lying to Jerry Vines and Homer Lindsay, claiming he grew up homeless under a bridge. That was a documented lie confirmed by Gilyard's relatives, that you can read about here. He lied to start his ministry, he then abused women in Texas and Florida, vowing to change but did not. Amaro left that out of his story. Why?

- Amaro lied about Gilyard's charges, left off the ages of his victims, didn't mention "Molestation": Here is what Amaro says in his piece:


"Gilyard plead guilty to two charges of lewd and lascivious conduct and was designated a sex offender". Ken Amaro

That is false and deceiving. Ken Amaro apparently decided to mis-characterize the charges. One charge WAS "lewd and lascivious conduct, victim under 16 years old".

But the 2nd charge was more serious: it was "lewd and lascivious molestation, victim 12-15 years."

Here are the charges from the FDLE website profile for Gilyard:

Why did Amaro not say that his two counts of lascivious behavior were of underage girls? Why did not Amaro admit that one of Gilyard's charges was MOLESTATION of a girl 12-15. I didn't hear the word "molestation" by Amaro. Why? Gilyard is a MOLESTER of young girls, Ken Amaro. He is known nationwide as the "Pedophile Preacher", as HL network reported just a week ago.

Shame on Ken Amaro. He is a journalist. He should report crimes of pastors in a completely accurate manner. For not being completely truthful about the two charges against Gilyard (failing to mention one of them was molestation), First Coast News should issue a correction and an apology to the victims of Darrell Gilyard for Amaro's mis-characterization of Gilyard's crimes.

- Amaro Characterizes Social Media and Community Protests Against Gilyard as "Ugly". An "ugly" protest is one that might be unfair, or "over the top", or maybe violent. That is not true, Ken. The intense social media and community outcry against Gilyard - a convicted child molester - being allowed to pastor again in our community was appropriate. Not ugly. Your mischaracterization of Gilyard's plight in this story is what is ugly. This slanted piece of journalism will put more women and children at risk in our community.

- Gilyard Wanted Vines to Not Mention His Past in Vines' Autobiography: Poor Darrell. Jerry Vines mentioned his decades of abuse in churches in Texas and Florida in his autobiography. What is Ken Amaro trying to accomplish that is newsworthy in this? That the convicted child molester doesn't want Jerry Vines to mention his abuse in his book? The reason Gilyard is in Vines' autobiography is that Vines was the guy who put Gilyard on the map back in the 1980s. It is a HUGE stain in Vines' legacy, and worthy of mention in his autobiography. Sorry, Darrell, but the problem is not one pastor mentioning you in his book, the problem is the thousands of pastors in this city that have remained silent and not called you out.

- Gilyard claims that social media criticism is "outdated and untrue": Why is Ken Amaro allowing Gilyard to lie to our community? What social media criticism is "outdated"? Is this Dallas Morning News article "social media"? Is it "outdated"? Does he mean the hundreds of women he abused in Texas back in the 1980s and 1990s - it was so long ago that we shouldn't consider it today? Or maybe the attack on Tiffany Thigpen here in Jacksonville in 1991 is so long ago, that it is "outdated"? Ken Amaro, you and First Coast News owe the victims of Darrell Gilyard an apology.

- Gilyard claims he is a "leper of society. and has paid his debt to society": OK, he is a leper in that he has been branded as a "molester", and rightfully so. But the only debt that Gilyard paid for was his molestation of a 12-15 year old, and his lewd and lascivious conduct on a 16 year old. He has NOT paid a debt for his abuse of women in Texas and Florida and the lives he has destroyed. He has paid for TWO of the hundreds of women he has harmed.


"Of course I believe I've changed. But time will tell everyone that I have changed". Darrel Gilyard

The flaw in this logic, Ken Amaro, is that time has told us that Gilyard will NOT change. He started abusing women in the 1980s. He continued in the 1990s. He finally was arrested for his abuse when it was with girls in the 2000's.

Three decades of abuse, this tells us it is very likely that he will not change. Dr. Judy Ho said so in her commentary on the Gilyard case two weeks ago on the HLN network. These urges Gilyard has don't just go away.

And your puff piece, Ken Amaro, makes more abuse at the hands of Gilyard even more likely, as you soft-peddled his abuses.

Sad thing is, where are the pastors? Why are not the pastors in this city speaking up against the travesty of a convicted child molester pastoring a Baptist church, and a judge giving Gilyard access again to children?


Where is the outrage? Apparently not at First Coast News, nor in the pulpits of Jacksonville.

Thanks, Ken, but you were definitely "not on our side" on this one.

A Christian would NOT SERVE as any type of elder or deacon based on the "qualifications" of such found in the New Testament. A Christian would disqualify himself! I have come to believe that most Christian institutional "churches" are NOT BIBLICAL and therefore are considered "the world" as opposed to having any attachment to the Kingdom of God. The Pharisees, Priests, etc. (religious people)in Israel were considered "the world" by Jesus. They were his accusers; they were the ones seeking to destroy him.
I think the denominational organizations down to local churches requiring official membership a just worldly religious (now truly followers of Christ) organizations.

Unfortunately we are necessary.

Years ago, after a service where Patterson spoke at FBC, my dh stated "Three points and a ridiculously unbelievable story, P.P. is so full of c--p." Of course I was highly offended at the time...

I wonder to what extent both the Gilyards and the Caners of this world are the result of the "I see that hand" school of evangelism that has dominated both in the US and here in the UK for so many decades.

If we fill churches with people who think they are saved simply because they said a prayer once it is inevitable that some of them will rise to the top of the pile.

To Moses: As necessary as Judas, Anas,and Pilate? Yes I agree with you. But men of God really do follow much more closely than Gilyard and those who defend him in the church, the Bible.

Just to clarify are you saying that men of God cannot do anything about Gilyard, Caner, Langworthy, etc, because of the Bible? I have actually heard that argument before, but I want to clarify if that is the argument you are making.