Friends, most weeks I participate in the weekly online "EChurch" at Wartburg Watch - and Wade Burleson is the pastor and his sermons are posted as part of the EChurch service.

This week is a sermon by Wade that I want to post here for others to see.

Wade addresses spiritual abuse - pastors and church leaders who try to shut down and squash questioners. The problem is really two-fold: men who claim to have spiritual authority over church members because of their title of "Pastor", and sadly we have many church members who think they are gaining God's favor by submitting themselves and their families to such abuse.

Wade's message is one that SBC church members today need to hear badly. There are haughty seminarians in pulpits who claim authority over people, who claim they have special knowledge from God on what true Christians believe and what they must do and must not do. We have many supposed "men of God" who claim to know what percentage you must give to your church else you're not a true, committed believer. We even have seminarians and pastors claiming that you MUST believe the bible to be completely sufficient for all psychological counseling, else you are not right with God.

If you're in a church where most weeks your seminarian-man-of-God is telling you what you MUST DO in order to know you're a true believer - you really should get out of Dodge. If you're told you must give 10% or you are disobedient and may incur God's wrath - or that if you're not telling others about Jesus each day you're not really a believer, get out fast. Don't expose your family members to such rubbish.

Things are getting nuttier and nuttier in SBC mega churches especially - and as they do, the pews are emptying of clear-thinking people and the nut-factor percentage in the pews is growing, making them more dangerous places than ever.

Fort Worth, TX (WD) - Paige Patterson, president of the Southwestern Baptist Theological Seminary, announced the formation of a new PhD program for aspiring megachurch pastors, called the PhD of Master Storytelling (PhD MST). The program will be administered in the brand new "Garrison Keillor School of Storytelling" at SWBTS.

their ministry success will depend on their ability to spin a yarn and consistently and masterfully generate emotional responses in the pews."

"Megachurch pastors have to be skilled orators but also need training geared specifically to their pastoral duties within a modern megachurch environment," said Patterson. According to Patterson the new Ph.D. program will include classes on nepotism, personal brand-building, sermon recycling for honorarium, church consultant utilization, and Holy Land trip administration.

Patterson said the wives of PhD MST candidates will also have an opportunity earn an Occupational Associates Certificate in Megachurch Wivery (AMW). The courses in the AMW certificate program are not yet finalized, but Patterson said they will likely include salary negotiation as well as strategies to secure personal gifts from wealthy church donors. 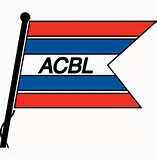 Jacksonville, FL (WD) - The Association of Certified Biblical Lawyers (ACBL) last week released their "95 Theses for an Authentically Christian Commitment to Legal Counseling", just days 2 weeks after the Association of Christian Biblical Counselors (ACBC) released THEIR 95 Theses for Christian Counselors. Both of these sets of theses are released to coincide with this month's 500 anniversary of Martin Luther posting his 95 theses condemning the Catholic Church's use of indulgences.

Mr. A.C. Pout, head of the ACBL, said that it is time for Christian attorneys to commit to using the bible as the only source of legal counsel and rejecting "secular legal theory", just as the ACBC has told Christians everywhere that "secular psychology" is not necessary, but the bible is wholly sufficient for any counseling session.

According to Mr. Pout, ACBL's 95 theses include a commitment to the returning to tried and tested  and God-ordained Old Testament legal practices, which the ACBL claims are keys to a wholesome society, and spiritually content citizens. The legal practices ACBL pursues including a uniform flat 10% tax or "tithe" to the government, death penalty by stoning for murder, adultery, bestiality, male-male sexual intercourse,  wives not found to be virgins on their wedding night, and when a man meets a betrothed woman in town and sleeps with her.

"These are ALL legal practices prescribed in the Lord's holy scriptures," said Pout. "To proclaim that they are not sufficient for today's society is to reject the sufficiency of scripture. I call on all lawyers who are rejecting the sufficiency of God's word to repent. In our legal system we have a huge bibical sufficiency problem, and the ACBL seeks to correct it."

The ACBL will be holding their annual conference in Jacksonville in November. The theme of the conference will be "How Then Shall We Lawyer?"
Posted by FBC Jax Watchdog at 8:18 AM 3 comments

The book is near completion, and is entitled "Horton Pays a Tithe". The book will be a sequel to Dr. Seuss' 1954 children's classic "Horton Hears a Who".

"Today's children are tomorrow's church leaders, deacons, and megachurch pastors", Furtick told WD Press. "Storehouse tithing is critical for the Lord's church to do the work Jesus has called them to, so the kids need to know just how important it is for EVERYONE - even Horton - to pay their tithe to the Lord."

In the book, the mayor of Who-ville shares with Horton a tithing sermon preached by Pastor Furtick, and Horton comes to the dreadful realization that he's been robbing the Lord because he hasn't paid a tithe on the peanuts he eats for his sustenance.

"In the book Horton realizes that without paying the tithe, he can never receive God's blessings, he can never be the wonderful Who-ville elephant God created him to be," said Furtick. "This will help today's children realize that believing in Jesus is not just about their eternal salvation, but that accepting Jesus means obtaining God's blessings only after they are obedient in bringing their tithe to the storehouse, God's church."

Furtick said that the idea of the book came to him when the Lord spoke to him while he was inquiring of the Lord why so few professing adult Christians actually obey God by tithing.  "We wonder why adult church members don't bring their tithe each week - and I think the Lord has shown me the answer is because they weren't taught it from an early age. Horton tithed on his peanuts, and children must be taught that God's love for them does depend in part in them tithing on their allowance and lunch money, and even on gifts they receive from Grandma and Grandpa."

The book shows Horton's humorous and fun-filled journey from God-robber to tithe-payer, when he finally makes his way from Who-ville to Pastor Furtick's church to deliver his tithe peanuts and sign his tithing pledge card just in time.

The book is scheduled to be released in April, coinciding with Pastor Furtick's Orange Code Revival. The foreward will reportedly be written jointly by Perry Noble, Robert Morris, Ronnie Floyd, and Steve Gaines.
Posted by FBC Jax Watchdog at 11:30 PM 9 comments 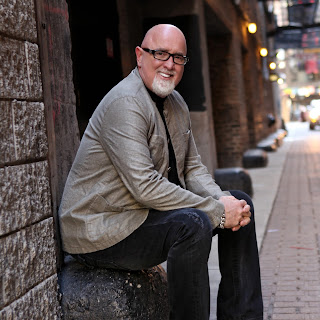 Chicago, IL (WD) - Watchdog Press has learned that Pastor James MacDonald very soon will release his first book on Christian gambling. MacDonald is the former senior pastor of Harvest Bible Church, although still preaches at some of the church locations and other venues.

"Prayer is powerful. I have found that while playing Texas Hold 'Em, my prayer life has been enhanced greatly as I ask the Lord to let me hit my flush on the river," said MacDonald. The "river" is the last of five cards revealed in a hand of Texas Hold 'Em, which MacDonald says is one of his games of choice.

MacDonald said one of his goals in publishing this book is to help faithful Christians see that the Holy Spirit is our helper in all situations of life.  "The Lord can come to our aid in all areas of life, there are no exceptions. Poker is a wonderful metaphor for life. We think we have it all together - we metaphorically think our jack-high straight is a winner, and then the Evil One helps a non-believer take the pot with an ace-high straight on the river. Such is life - but with the Holy Spirit's help we can overcome."

MacDonald says that Jesus makes the difference in all areas of life: our work, our marriage, even when we're wearing a poker face trying to take other people's money. "I've preached my entire life the bottom line of the gospel is 'Jesus makes all the difference'.  Well, at the poker table, Jesus makes the difference. My opponents try to get a read on me when we're head-to-head, and little do they know I've got Jesus sitting right there with me, interceding on my behalf to help me win the hand, getting just the right card to hit my straight or my flush."

"If you can't trust Jesus with your poker hand, how can you trust him with your eternal salvation?", asks MacDonald.

In the book MacDonald addresses the doctrine of tithing and its metaphorical connection to gambling. MacDonald is one of modern evangelicalism's foremost proponents of storehouse tithing, a popular doctrine which says Christians absolutely must tithe 10% of their gross income to their church before they can ever expect to receive God's blessings. "Poker again is a wonderful metaphor for the tithe: how do you hope to win the pot, if you aren't willing to put your money in the kitty?" said MacDonald.  "It is how the Lord's system works: you can't expect to win the pot or high hand, if you aren't bellying-up and putting your money on the table."

The book will be released in December, and MacDonald will be in Jacksonville, Florida in January to kick off his book tour.
Posted by FBC Jax Watchdog at 12:15 AM 2 comments