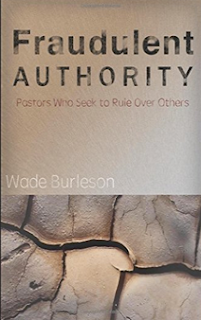 Sources tell me that you have bad breath and body odor

Wade is a hero of mine as well. As an attorney, I have worked with churches where the pastor was found to have had one or more sexual relationships outside of marriage, and involving circumstances where the other party could be considered under the pastor's "authority" -- church member or employee. As I worked in these cases, it became obvious that pastoral abuse usually comes in two or more varieties at the same time. Not just abuse of their marriage vows and their position vis a vis the victim(s), but also abuse of the polity of the church to enhance their controlling role, but also financial abuses. Physical abuse in their family or of church members (!), sexual abuse of a member or employee, abuse of authority in seizing power or control and dismissing dissenting members, and financial abuse (theft or awarding themselves hidden remuneration) -- all matters of self-aggrandizement. Ego is the first sin!

Hi Arce, great to hear from you! I put it this way, and forgive my crassness: abusive pastors usually want to get their hands on your wallet, or genitals, or both.

Time to Fire Up the blog: www.ValleydaleChurchinBirmingham.blogspot.com beginning May 20th. A 2000 member church with about 800-900 attendees that is dying and in debt will now welcome one of the most pompous asses in SBC history. Good riddance Donald.