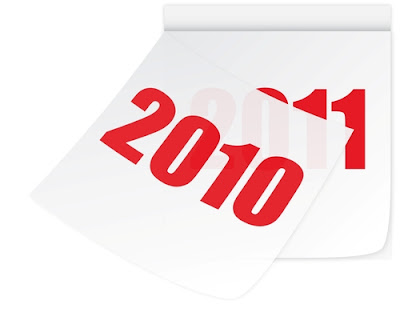 OK, many are posting their "Top 10" stories of 2010. Christa Brown did hers here, and William Thornton posted his here, and Wartburg Watch is coming out with theirs later today.

Instead of my "Top 10", I will restrict myself to just nine, leaving you the readers to nominate one that might be different from these.

#1. Ergun Caner and Liberty: by far the biggest story in 2010 on this blog was the Ergun Caner fiasco. This blog entered the controversy on March 29, 2010 when I posted audio excerpts from Caner's November 2001 sermon at FBC Jax in which he declared to everyone present (myself included) that he was raised in Europe and trained in Islamic Youth Jihad, and "trained to do that which was done on 11 September". I posted upwards of 20 articles during the spring and summer, and the WD blog was quoted in multiple news articles covering the Caner story. I and several other bloggers were contacted by the Liberty University team that investigated Caner as they were seeking documentation and Caner sermons.

#2. Depositions and Settlement of City of Jacksonville Lawsuit: 2010 was the year in which my First Amendment lawsuit against the City of Jacksonville went all the way through the discovery process with hours and hours of depositions of witnesses including myself and many of my family members, FBC Jax leadership, the detective and assistant state attorney, all the way up to the sheriff himself. Most surprising was the revelation that the detective wasn't just a security guard at the church as reported in the news, but was in fact a deacon and even a member of the church's discipline committee. The lawsuit was settled in October 2010, with a cash settlement and the city's agreement to train all sheriff's office detectives on First Amendment issues related to investigative subpoenas.

#3. First Baptist Dallas "Crystal Campus", Demolition, and Grinch: quite a year for FBC Dallas, several stories on this blog concerning the high-pressure tactics used to get committments from church members toward the $120 million new "Crystal Campus", including pastor Robert Jeffress asking people to "lop off a chunk of their assets" for the building program to get closer to Jesus. The church blew up their old buildings when the pastor pressed a Big Red Button, and then they wrapped up the year with their "Grinch List" website that made national news and gave Jeffress face time on most cable news channels.

#4. Ed Young Asks for Account Numbers to Auto-Withdrawl Tithe: Ed Young makes two appearances in the top nine. In an October 2010 sermon that without question was the single most manipulative tithing sermon I have ever, ever heard - Young wrapped up the sermon by trying to get his church members to fill out a tithing committment card along with their checking account and bank routing numbers. The video posted on this blog of this Ed Young performance has to date over 40,000 views, made its way onto YouTube, and even Johnny Hunt even made reference to the video in a sermon in December 2010 when he declared he would never ask for account numbers and prefers to do it "Jesus' way".

#5. SEBTS Grad Publishes Books on Tithing: David Croteau, SEBTS grad and Liberty University professor published a book that came from his PhD research under Dr. Andreas Kostenburger that debunks the modern-day storehouse tithing doctrine, and puts forth a biblical "post tithing" giving doctrine. Croteau has another book coming out next year that has several contributors where various Christian giving doctrines will be contrasted. Croteau is definitely going to make a difference with these books.

#6. Abusive Preaching on Tithing: As churches have felt the pinch of our stagnant economy, some very prominent baptist pastors have mis-used the Bible and the "storehouse tithing" doctrine to guilt people into forking over more money. Steve Gaines and Mac Brunson were featured here multiple times: Gaines accused his non-tithing church members of driving stolen cars and living in stolen homes, and all of the first 10% of charitable giving must come to his church in an "undesignated fashion". Brunson again repeated his assertion from 2008 that our ecomonic recession is God's judgement on America for all the non-tithers, and told church members that if they don't tithe, "God collects" and will take the money through financial misfortune.

#7. Ed Young Jet Fiasco: This one is for the scandal when WFAA reporter Brett Shipp broke a story about Ed Young leasing a private jet, his enormous "housing allowance", and the convoluted business transactions that make it impossible to track the ownership or leasing arrangements of the jet. But the worst part of this story really was the absolutely embarrassing dog-and-pony show when Ed Young flew in our own Florida Baptist Prez John Cross to help deflect the criticism, and John Cross declared that Ed Young's Fellowship Church is the most transparent ministry he has ever been associated with.

#8. FBC Jax Usher, City Councilman Asks for Muslim to "Pray to his God" in City Council meeting: Not a big story on this blog, but one of the most interesting that did get some press around the country. Dr. Parvez Ahmed, a University of North Florida economics professor, was nominated by our mayor to serve on a city human rights committee. During the city council session where Ahmed's nomination was discussed, city councilman and long-time FBC Jax member Don Redman asked the professor to "pray to your God" in the middle of the city council session before the city attorney stepped in to save Redman's hiney. Redman's fear of Ahmed is to be expected, as FBC Jax preacher Jim Smyrl sounded the alarm in 2009 that our grandchildren will all "come under Muslim law" if Muslims aren't converted. Another FBC Jax member and city councilman, Clay Yarborough, told a Times Union reporter he wasn't sure if Muslims should be allowed to hold public office. Scary stuff coming from elected leaders who are evangelical Christians.

#9. Crystal Cathedral Bankruptcy: with tens of millions of debt, a dwindling membership, and many unpaid creditors, Robert Schuller's "Crystal Cathedral" had to declare bankruptcy. But it is through the bankruptcy court that the creditors were able to obtain financial information that any mega church would never in a million years release: total compensation for the pastor and his family members, including six-figure "housing allowances" and compensation packages to which the bankruptcy court objected. Lesson: to date the only way mega churches will disclosed detailed financial records including pastor and family compensation packages, is when forced to do so by a court.

#10: You fill in the blank! I have a few others I might nominate, but would like to hear from readers.

And Wade, I know you aren't blogging, but I sure would like to read your 2011 predictions, as you have done in years past.

Happy New Year to all, and best wishes for a healthy, happy, prosperous 2011!
Posted by FBC Jax Watchdog at 11:00 AM

#10 SBC Plodder [William Thornton] > Plodder's Top Ten SBC stories of 2010
7. Wade Burleson stops blogging. Like him or not, he is (or was) the SBC’s chief blogger.

At least the comments were turned off and Wade stopped blogging about SBC "politics".

I would like to nominate Pastor Matt Chandler's battle with brain cancer for this year's Top Ten. Few of us will ever receive this potentially devastating diagnosis. Matt chose to "suffer well " for the cause of Christ, and has been a living example of faith and courage. May God continue to bless Matt, his ministry at The Village Church, and his family.

Personally, I think the articles/studies on tithing are going to be very influential in changing things. We are just now starting to see more folks become aware of this abherrent doctrine in the New Covenant. Words mean things and giving to the body is NOT a tithe. A tithe is a tax. And the 'body' is not a building but the people who are in Christ.

When more people realize they must be led by the Holy Spirit in ALL giving the church as we know it today is going to change drastically. I am not saying we will see mega's fail. I think there will always be the social aspect of mega's for seekers and cultural Christians but they will not be the "eklessia".

FYI, Pastor Wes Kenney urges all to attend revival Jan21-23 at Valliant (Oklahoma) Trinity with Ergun Caner of Liberty Baptist Theological Seminary. Friday-Saturday services will be at 7pm and Sunday at 10:50 am.

Happy New Year to all my "anon friends"! Personally I had to smile reading the WD top 10 stories of 2010.

Our critics have told us this blog is nothing but beauty shop (old school word) gossip and grocery store tabloid stories. Really! :>)

Thanks WD for all the time & effort you have put into bringing your messages to us this past year - you deserve to be the #1 story!

FYI, Pastor Wes Kenney urges all to attend revival Jan21-23 at Valliant (Oklahoma) Trinity with Ergun Caner of Liberty Baptist Theological Seminary. Friday-Saturday services will be at 7pm and Sunday at 10:50 am.

Wes Kenney...the pastor who changed time stamps on blog comments to try and hide some truths. Wish Wade had not hidden comments, I could take you to it.

Kenney is the perfect shill for Caner.

Tee hee. You guys are great, whoever you are...