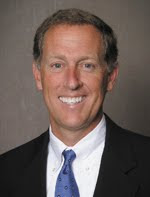 Tuesday June 15th was quite in interesting day at the Annual Meeting of the Southern Baptist Convention. There were fireworks, arguments, passion, a few ugly name callings - and even a claim of "bullying" against the leadership. It was fun to tune in over the Internet while working yesterday.

But today I want to express why I am very pleased to have Bryant Wright elected as the new president of the SBC. I don't know much about Wright yet, but my first look tells me that he is a good selection, maybe the best of all four.
I realize these are not all the best reasons, but they are the after-the-fact reasons from my recalicitrant blogging heart as to why I think I like Wright:

1. He is NOT a graduate of Southwestern Baptist Theological Seminary. From what I can tell Wright seems to have no strong connection or allegiance to Paige Patterson or the CR bunch. He did attend Southern Seminary, and earned an MDiv. I haven't heard of him - so apparently he is not a regular on the SBC preaching circuit. As I understand it, he was not the choice of Hunt, Brunson, Patterson, or the other SBC heavies, after all he is not a "Dawctor". Praise the Lord for that. Let's have a clean break from this Pattersonite bunch for a while.
2. He is not a PhD. He has an MDiv, according to his bio. He is not the grand and glorious "Doctor Bryant Wright". Let's get real. Can we drop the "Doctor" crap from these haughty pastors' titles? (Did I just say that? You better believe I did). I'm sick of mega church pastors who think they're intellectual heavy weights and demand to be called "Doctor". I'll take a pastor who goes by "Brother Roy" or "Brother Keith" over some "Doctor Bigwig". If I get sick, I'll go see my "Doctor". If I need my pastor, I'll call "Brother Bill" or "Brother Bob". By the way, I liked how Kevin Ezell and Jimmy Scroggins did not use the "Doctor" titles when referring to men on the platform of the Pastor's Conference this year. Come on, why can't Dr. Ergun Caner be "Brother Mike"? Is he REALLY the intellectual heavyweight that he portrays himself as?
3. He has an honory doctorate, but doesn't call himself "Doctor" . Bryant did not rush out and get a diploma mill doctorate so he could call himself Doctor, either. I think one of the silliest things I've seen is people at the FBC Jax Pastor's Conference calling Junior Hill "Doctor Hill". Are you kidding me? "Doctor Hill"? The guy is "Junior Hill". I'm happy he got an honorary doctorate from somewhere, but to change "Junior Hill" to "Doctor Hill" is absolutely ridiculous, and I'm quite sure Junior prefers to be called "Junior" and not "Dawctor". Give me good 'ole "Junior" over "Doctor".
4. He graduated from an SEC school. He's a Gamecock, graduated from University of South Carolina. Probably likes Steve Spurrier. OK, this has no spiritual significance whatsoever. But I'm an SEC fan, and I like Spurrier. :)
5. He's been at his church for almost 30 years. He didn't get promoted up the chain, wasn't fast-tracked to be a new mega church pastor - therefore he doesn't take orders from Patterson or Hunt. And I have great respect for guys with lots of tenure at one church, who became a mega church pastor through pastoring and not appointment.
6. He didn't start out seeking a position as a "Pastor". He graduated from USC and worked for a chemical company for a few years, then felt a call to go to full time ministry. I like that. And he doesn't have a bio "handle" - it's not "From the Chemical House to the Church House". No apparent embellishments. Just a guy with a regular bio who has served as pastor at one location for three decades.
7. He doesn't seem to be the favorite of Tim Rogers and the SBC Today Bunch. Jimmy Jackson was their choice, so I like Wright just a little more now. I have to believe Ted Traylor was the choice of the Johnny Hunt crowd. Nothing against Traylor or Jackson.
8. Peter Lumpkins wanted Jimmy Jackson. Now I know I REALLY like Wright. The trifecta would be to know Joe Blackmon didn't vote for Wright; then we're really getting somewhere....but Blackmon is not a Southern Baptist, is he? Could it be that Brother Mike (Ergun Caner) didn't vote for Brother Bryant?
9. Has plenty of women on staff, some have title of "Ministers" . Doubt they ordain women, but he has several women on staff that have the title of "Minister". Is there anyone else out there besides me who is a recovering SBC mega church fundy who is beginning to see through the "men only can be leaders" doctrine? I think our churches will be served very well to start allowing women to serve in positions of leadership and ordained ministry. Hey, it was a woman who called out Hunt and Floyd yesterday on the GCR verbiage change to make sure it was what the body wanted, and not what Floyd wanted. More women leaders, please.
10. His church doesn't seem to be caught up in the church marketing craze. Look at his website and their latest video blast. Pretty regular stuff, nothing fancy.
Good to have "Brother Bryant" as the president.

And oh yeah: there won't be any controversy over where he was born and raised. He was "raised in Georgia" - the state, not the country. :)
Posted by FBC Jax Watchdog at 6:00 AM

I wrote this last night on Wade's blog, but it is appropriate here as well:
I heard that Bryant Wright is a "gasp" egalitarian. I mentioned that possiblity to my SBC, patriachial, FBCJax deacon husband and he (my husband) almost had an apoplexy!! Hee - hee. I hope it's true, about the egal part that is.

Hey!
Not all of us Southwestern guys are following Patterson! Some of us wanted to follow God's call into the ministry not knowing where that call was going to take us (literally).

Hi Josh - point well taken. I didn't mean to disparage SWBTS grads. My main point there is that Brother Bryant he is NOT a Pattersonite.

Many of the same folks who voted to keep theGCR minutes locked up for 15years voted for Wright, too.

We had similar thoughts about Page and a new day. And Page ended calling victims of abuse in

Page had egal leanings in his ministry and when he became Prez he denounced the stuff he wrote earlier.

Let us hope the position does not do the same things to Wright.

But I agree, if Lumpkins, Guthrie, Barber, Rogers voted for someone else, I like him more, too

BTW: Patterson was president of SEBTS before he was President of SWBTS. His influence is in both places. He mentored Akin. Akin took over his SS class at FBCDallas. Akin is described in Gregory's book as a guy who was a firebrand loyalist to Patterson.

When Patterson left SEBTS, look who he got to be president after him...Akin. See how it works.

I think he won because he is handsome and his teeth are celebrity white.

I voted for him and am glad he won. I would have been happy with the others too.

Mac talking about the young people in the choir and orchestra, "We have a generation of young people who will knock on doors and tell people about Jesus!"

Had a discussion with some others about why we don't have the SBC in the fall. SEC Football was the reason. We'd be really divided then.

Bailed out early. It's time to return to important things, like actually preaching the Bible and sharing the Gospel.

I went to seminary with Bryant. He did spend a few years on staff with Ed Young in Houston, but that was before Ed went crazy. Bryant is a good guy.

11. He has really white teeth

Word verification to prove it: dentistiat

Yes, white teeth are as a good a reason I suppose as graduating from an SEC school.

Having proper dental hygiene is a definite positive.

New BBC Open Forum...yes, that is one of Mac's classic remarks...door to door evangelism doesn't work anymore, because "nobody is ever at home anymore. I'm never at home, you're never at home."

I guess the young folk just knock on doors and leave tracts in hopes that someone will someday return home from their ceaseless wandering.

I recall visiting one Tuesday night and the individual was not home but rather in the hospital. My visiting partner and I went to visit him in the hospital and while we were there, we were fortunate to share the gospel with two other people who accepted the Lord as their Savior. On another occasion the person was not home, he was at work that night, however we led four others who were there to the Lord. You never know who is going to be saved by trusting in the Lord at any time and at any place.

Visiting in the home is a real calling and is a proper place to witness for Jesus. He was often visiting people in their homes and so was Paul. I don't get this idea that people arn't home. Just drive around any neighborhood in the evening after 6pm and see the cars in the driveway. Doesn't make sense to me at all. But, I am a no nonsense person. That's why I am not at FBCJ any longer. Waste of my time. BTW I witness wherever I am when the Lord leads me to do it!!! I think a good place to witness would be at the SBC Convention.

WD: Agree about the DAWCTOR stuff. Makes me sick. I had difficulty calling one particular preacher dawctor!! FBCJ had 3 doctors in their past. Two of them were ok. The other one was a dawctor.

Isn't any funny that these megas will not visit locally, however they will go thousands of miles to witness in foreign countries? Its called mission trips. I call it vacations.

I have a question for Wright since he has been a pastor in GA for quite a while:

Where did he stand on the blogging resolution that the GA state association passed against blogging?

Where does he stand on the whole Everson issue?

Is he one of those boys in the Georgia state association?

Where is Wright on tithing?