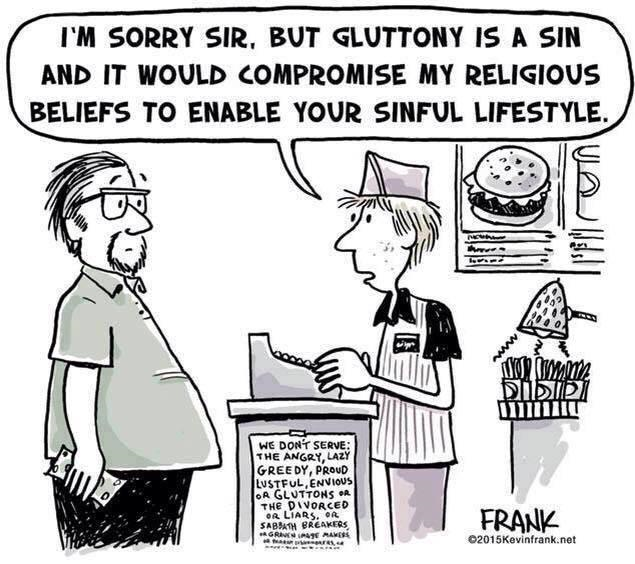 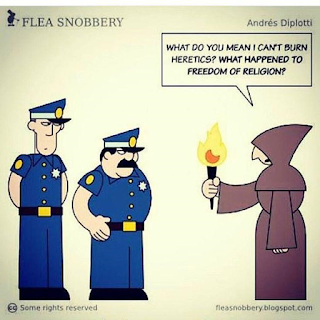 Here we go again.  The far right wing Christian fundamentalists are exposing themselves to the rest of the nation, and to our children, as ignorant, bigoted, hypocrites.  Even Fox news realizes that the support for Kim Davis is outrageous and based on ignorance. This type of thinking by right wing Christians is giving support to those that say Christians are intolerant, bigoted, irrational, militant, angry, and delusional.  So many good old boy fundies get so upset when Al Sharpton or Jesse Jackson show up and make every story about race.  Well, here we have a lady defying a judge's order, disobeying her supervisor's orders, and good ole boy Mike Huckabee rushes to support her in the name of religious freedom.  Really?  The government has a right in this country to deny individual's rights based on their employees' arbitrary religious convictions regarding which "sins" they pick and choose to offend their conscience? This, my friends, by definition is DISCRIMINATION. 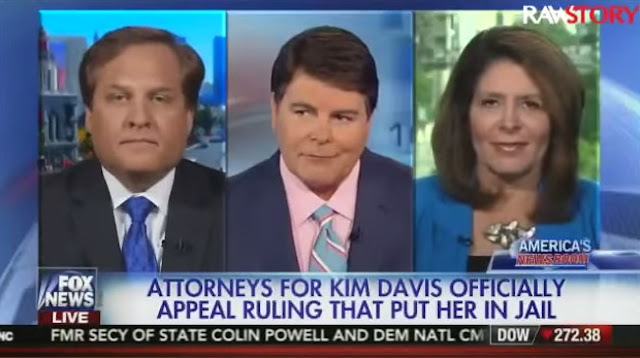 On Monday’s edition of Fox News' Happening Now, trial attorney Chip Merlin pointed out that anyone who violates a judge’s order should “expect to be thrown in jail.” “She can still practice her faith,” Fox News host Gregg Jarrett noted. “Just not on the job in a way that interferes with the legal rights of the citizens she serves. And in fact, the U.S. Supreme Court said so nine years ago.”

“She’s a hypocrite,” criminal defense attorney Sharon Liko agreed. “She’s applying for the job of a martyr. She wants to practice her faith by not issuing marriage licenses. Yet, she will not agree to let the deputy county clerks issue marriage licenses even if it’s okay with their faith.” “When she took the job she swore to uphold the law,” Jarrett explained. “We rely on government officials to do that."

Frankly, as a Christian man, I am embarrassed by the manipulation and exploitation of people like Kim Davis.  Men like Governor Mike Huckabee, and men like your angry pastor, who are blatantly pandering to their fundamentalist followers, are going "all in" by stating they are "#ImwithKim." Let's remember this and hold them accountable, when once again, they are on the wrong side of history.(slavery, women's rights, interracial marriage, same sex marriage, pedophile priests/pastors, etc. etc.) Mike Huckabee now loses any chance of getting the nomination, since his chances were already little to none before he showed himself to be a hypocritical ignorant panderer. 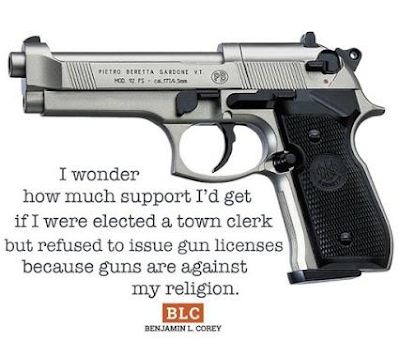 I wonder why would anyone want to hire a Christian now?  They see that Christians arbitrarily choose what they will and will not do on the job based on a "higher authority", which is their interpretation of God and what they think/believe/guess as to WWJD, "what would Jesus do?" Should judges not enter divorce decrees since "God hates divorce?" What about employees at McDonald's? Should they not serve obese customers because gluttony is one of the seven deadly sins? Should the clerk not issue marriage licenses to adulterers? Liars? Alcoholics?  What about the local baker?  Will he stop serving liars, the lazy, adulterers, non-tithers who are robbing god, women pastors (who are not to teach a man or have authority over a man)?

Hear me. Let me tell you something.  OF. COURSE. NOT. This notion that a government employee answers to a higher authority is hypocritical and is total nonsense.  A county clerk is a representative of the state.  They are paid by all taxpayers of all faiths and orientations to do their job, which includes issuing various types of licenses, including marriage licenses.  If their faith is so devout and orthodox that they actually try and follow the actual teachings of the Bible, then they should not apply to work in a liquor store, a gun store, a porno shop, a strip club, OR A GOVERNMENT position, all of which might require them to violate their conscience. And I'm not even going to get into the hyprocisy of Kim Davis being married several times already.  Or whether or not she has authority over a man in her position as the county's clerk. 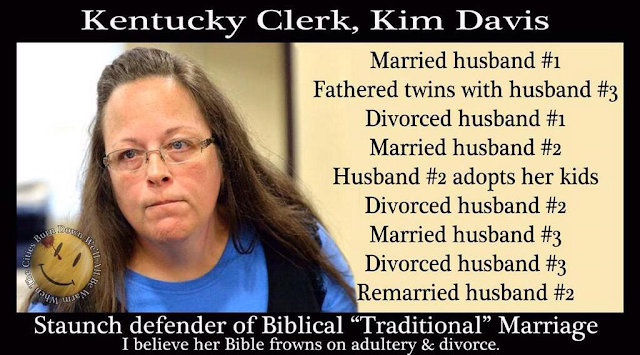 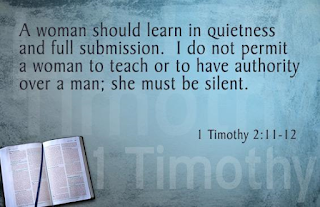 This issue is so simple and so clear, I don't want to waste any more words describing it.  There is really no basis for debate, except that powerful, rich men like Mike Huckabee, and your angry pastor, use events like this to manipulate and exploit not only hurting, needy people like Kim Davis, but people like you that support her and them.  Please think!  You are hurting the gospel, the cause of Christ, and all Christians by showing yourself to be ignorant and gullible on the most basic issues.

How did the gospel and Christianity get hijacked by the "ridiculously stupid?"  Good luck Mike Huckabee, and fundamentalist supporters. You just forever hitched your image and campaign to Kim Davis.  Enjoy the fallout.

A comment on gluttony...( I know this isn't the topic)
I was a porker a few years ago. 300+ lbs. Through exercise and diet, I lost 130 lbs. I was killing myself. I had high blood pressure, was a diabetic. I had sleep apnea. ( amazing what a 130 lb. weight loss will do to help your health.)

I am amazed at the number of ministers who are literally overweight. As we say in East Texas " Big Ole Boys"...but these people are sometimes the first to point out other people's sins.

These are the guys who are the first at the "pie supper" for 8-9 slices of pie...and they don't see anything wrong with it.

Govteach - You are indeed on topic. Imagine if someone, anywhere, refused to serve dessert to these fat boys based on their religious convictions. They would scream and rant about their rights to be obese and the religious right would not dare support the religious liberty of the people refusing to serve the obese gluttons. Hypocrisy.

Smart move by judge to release Kim Davis today to kill Huckabee and Cruz rally. She still has to issue licenses. Didn't win anything and now won't be seen as a martyr. Judge thwarted all that by letting her go home. Huckabee never looked more ridiculous. Some signs being held comparing judge and USA to ISIS. Seriously?

I am realizing finally now this ain't no watchdog but a ranting, a ranting one getting the other's triangulated and growling at each other. What is your freaking objective in this statement? Saw your newer post about Scripture and commandments. If you want to have reasonable dialogue and lead the unlearned who do read this, Then do so. Otherwise shut it down. You think you are a German Shepherd. Did you know Kim was a registered Democrat by the way? And attacking her fatness as gluttony? Do you know how the Bible defines gluttony? It may not have anything to do with how fat you are and has a lot more to do with lavish eating and lifestyle? Ever done any studies on cortisol and hormone imbalances Tom, and also with women? Also children that have been abused have much difficulty in this area growing up? I suggest you do this research before you start at fat people. I think you have a big theological problem Tom. The way this is written is not redirecting people out of their triangulation and letting them eat straw.

Anon at 1:51- having a problem with your weight?

Anon at 1:51 - You miss my point. I am agreeing with you that it would be unfair to single out as sin gluttony in a fat person. I would never do that and would never advocate that and the U.S. government would never allow discrimination towards a fat person. The point I thought I was clearly making is this: We all know and agree singling out the sin of fat people (gluttony) is outrageous and government discrimination towards gluttons would be illegal. Likewise, singling out any other sin (including homosexuality in Kim Davis' case) is equally as outrageous.

I'm a realtor and I'll sell to anyone who is pre qualified to buy. I'd lose my license if I didnt. How does she still have a job? Why are fundies so obsessed with gays anyway? Always makes me go hmmmmmm...lol

I've just installed iStripper, and now I enjoy having the sexiest virtual strippers on my taskbar.