Mac: I am Accountable Because I Say I Am 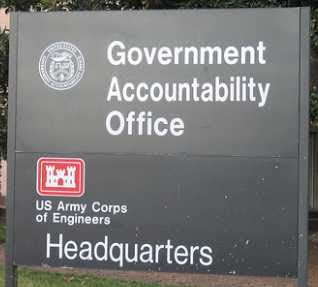 Some other gems from his confession of accountability:

"I have to listen to every...single...person that comes to me. And a lot of 'em come to me that ain't even members of this church."

"I try to answer every single email myself, personally, that comes into my office. And THAT is a full-time job, in and of itself. That's what you pay me for....I am responsible. I am accountable"

Click here to listen to the audio clip yourself
Well, its a step in the right direction, Mac publicly announcing he is accountable to his congregation.
But here's the problem with Mac's little confession of accountability:
- I sure hope he is not himself answering every single email. Mega church pastors will tell you that they receive hundreds and hundreds of emails every single day, and its not practical for everyone of them to be answered personally by the pastor. Someone must screen them and answer the easy ones, and maybe pass a small number to the pastor. Those that have sent emails to pastor@fbcjax.com tell me that its quite obvious that someone other than the pastor is responding. That's OK...not a problem...but why tell us that he answers them all? Maybe that explains why he has had trouble with his fact checking in his sermons, he's too busy answering emails all day. He's either a poor steward of his time answering every single email, or he is lying.
- The bigger problem is this: accountability is not measured by whether he "listens" to people, or answers every email himself. Its measured by the totality of his management and leadership decisions over time. Its how he does or does not share information, how he implements change, what he says in and out of the pulpit, how he treats his congregation and speaks about his congregation...all things that he has shown to have problems with all the while never explaining himself or apologizing.
Many of the things highlighted on this blog are demonstrations of his lack of accountability to the "28,000 bosses" in our church:
1. Changing our bylaws and church governance: if he felt that he was accountable to his congregation, he would have at the very least explained the changes to our bylaws prior to asking for a vote on them in December 2007;
2. If he felt he was accountable to his congregation, he would explain why he accepted a $300,000 land gift from one of our church donors just weeks after his arrival as pastor, while his book tells other pastors to avoid doing the very same;
3. If he felt he was accountable to us, he would apologize to us when he stands in the pulpit and lies about one of his own former congregants as he did about Sheri Klouda;
4. If he felt he was accountable, he would apologize for or at least explain when he is found to have called us a "hotbed of legalism" while speaking to out of town pastors.
and other actions he has taken with no explanation to his congregation.
Another most recent example of his lack of accountability:
Mac is back on nationwide TV starting this Sunday on INSP network. He will be broadcast as "Inlight Ministry at First Baptist Jacksonville". Check him out here. He took a special offering on Easter Sunday 2008 to put himself back on TV, but as I recall he has not given us updates as to how much was given. According to Mac he needed around $180,000 to put himself on the INSP

network. So did he receive the $180,000 as a special offering, or did he dip into our budget for a part of the $180,000? If he felt the need to come to us for a special offering, if he were accountable he would at least tell us that he is going back on TV, and he would explain where the money came from. Also, if there was one single person in our lay leadership that held him accountable, they would insist that his 501(c)3 organization name NOT be featured on the telecast. If its OUR church that is funding the program, it should be called either "First Baptist Jacksonville" or perhaps our church should have its own 501(c)3 name that we give the telecast. But Mac and Maurillio Amorim know the power of "branding", and thus his Inlight Ministries name must be on the telecast. NEWS FLASH TO MAC: As soon as YOUR 501(c)3 organization raises the funds for the INSP network telecast, you can put your Inlight name on it. Until then, the name of our ministry alone should be featured. But more on this later. We don't get the INSP network here in Jacksonville, but I'll get a report from an out-of-towner who will tell us about the broadcast.
Mac accountable to his congregation? I don't think so.
Posted by FBC Jax Watchdog at 9:17 AM

Now, I don't think it is fair to criticize Mac if he truly did read and respond to all of his emails, but the bottom line is he does not! I have sent emails to Mac with my name and they were not answered and countless others have said the same thing on this blog as well. Mac, you do not read and respond to all of your emails, and as Watchdog pointed out, we wouldn't even expect you to! Why are you lying to us AGAIN?!?!

Maybe reading dad's e-mails can be given over to his son. I'm sure his time at FBCJ isn't being taxed as heavily as dear old dad's.