"An Act of Compassion" 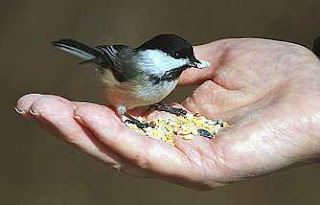 Just wow. Wish I went to your church instead of the church where the preacher talks about Jesus. Man, what was I thinking.

The dysfunction of this congregation is SO OBVIOUS!

So let me get this straight. The Sunday School teacher is NEVER to drop a person from the roll who actually wants to be dropped from the Sunday School roll, but the Pastor and the Discipline Committee have the power to REMOVE a person from the church roll who has expressed that he or she doesn't want to be dropped from the church roll - and both actions are called "acts" of love and compassion?

Remind me if I ever move to Jacksonville to only join the Sunday School at FBC and not the church.

FBCD member here. I read this blog years ago and assumed, after it closed, that Mac had gotten things settled down there. I can see here now that things have gotten even kookier. Dallas knew that Mac had some anger management issues and we feel. your. pain.

Its painful to watch Mac's 'gymnastics' on the church discipline issue. wow. It is hard to understand why he would even bother going there but I can tell you from experience that once someone or something gets under his skin he will let it consume him. Buckle up. There is abundant and prolonged brow-beating ahead for you.

America's mega-churches are lead mostly by negative, controlling ego-maniacs these days. The power and riches must be exquisite or they wouldn't fight so hard to protect the position. Think about it.

FBCD Member, someone else from your church says the A-Group is no longer used at Dallas, but the church website still shows it being powered by the "A-Group". Why are they getting rid of Maurilio? What role did the A-Group have at FBCD? Is your church proceeding with the new pastors vision for building a new worship facility? I recall him casting that vision last year at some point. Can you give us an update on how things are going at your church since Jeffress came on board?

it is written said...

Hey Mac!..What happened to bringing the couple before the Church explaining their SINS and then with the congregations approval removing them from the Church..Anyone with just a cursory knowledge of Scripture could see that what you have done-MAC-is un-Biblical..Also MAC a half-truth is a WHOLE LIE!!..The Anon FBCD 12:27am is absolutely correct that Pope Mac has ANGER issues and does not know the Biblical way to handle it..This is why he talks down to his congregation..How dare anyone would questioned the OMNISCIENCE of the LORD MAC!!!!Dr.Dog this guy is beyond change,when you ascend to the high position of MEGA PASTOR and be as disfunctional personally as MAC-THE-MESS is..HE PROBABLY CAN'T OR WON'T CHANGE; The CAN'T being the greater fact...Just as the FBCD member blogged;:GET READY,GET READY;GET READY::Buckle up it's going to get;;;;;WORSE AND WORSE!!!

What's happening with Jim Smyrl's blog? Is he deleting his stuff by accident? Or is something else happening?

What should we do as Christians and as a member of FBC Jax?

Mac is right to say biblical, New Testament church discipline is loving and compassionate, although to the persons being disciplined it may not seem so. The problem as I see it is the discipline process outlined on your website here against you or whoever, is that it is NOT anything close to church discipline as outlined in scripture. That makes it neither loving nor compassionate - but it may serve the purposes of Mac and lay leaders to cut ties totally with you (or whoever was expelled).

A while back someone posted something with links to several books; they sounded interesting so I got several. Have just started reading "The Subtle Power of Spiritual Abuse" and thought a few quotes would fit well here:

"Quite a number of us wanted more information about how church finanaces were being spent....When I asked some questions at an elders' meeting - boy did the room get icy. Later I was told to stop trying to create a faction in the church." p.21

"the individual is left bearing a weight of guilt, judgment or condemnation, and confusion about their worth and standing as a Christian. It's at this point, we say, that spirituality has become abusive." p 22

"...examine your own practice of Christianity first. Are you practicing grace...or are you trying to force people to live under laws, rules or formulas for spirituality that cause them to feel weighed down, unable to measure up to your standards?" p. 25

"...it is not permissible to talk about problems, hurts and abuses in the abusive system...the victim is made to feel at fault for questioning or pointing out the problem" p 32 (paging Watchdog here!)

These are just a few of the things that jumped out as I read, and I'm not even 40 pages into the book. There is definitely a problem in your church, and the more I read this book, not to mention this blog, the more the finger seems to be pointing at the man in the pulpit and his deacons & trustees. People of FBCJax, now more than ever, keep your eyes on your Bibles and on Jesus. You are all so fortunate to have Watchdog's voice crying in the wilderness. Blog on Watchdog, you're doing a good thing here. Your church has my prayers.

Dog, have you seen the new Mac commercials? They feature he and his wife on a park bench, and they say something along the lines of "we've been partners in ministry for 30 years", and "we've been through a lot in life..." and therefore "let us walk with you", and "our doors are open". Pretty good TV spot. Wondered if you saw it and what are your thoughts.

Isn't it strange how these mega church pastors hold up the Bible with one hand and claim its the inerrant Word of God. Then with the other hand they direct that certain people gotta go since they do not fall in line!!! Sort of like the Democratic Party,you are either with them or against them, as there is no in between. Nice to be the King. When you are the King you make all the rules and regulations and everyone else just bends the knee. If you don't like the Kingdom, you just up and leave. That is what America is all about. Our forefathers did not desire to be in a land without freedom of thought or action. Thats why and how America was settled by those long ago immigrants...mainly the Puritans first.

You have not seen anything yet, since America is now overthrowing Capitalism for Socialism, the church is now and
has been going down a slippery slope for about 50-75 years. The church is weak and the pastors are as well. When was the last time you heard a good sermon on sin, the grave, and hell? Its not nice to talk about those things anymore, you might upset somebody!
So while people are rushing headlong into oblivion and hell the pastors give you twenty minutes of puff to make you feel good all the while asking for more money for them and their families needs. They are the richest amongst us today. Just listen to what they say...you can't remember the sermon thirty minutes later its so confusing and distorted. I'm sorry,but thats whats happening folks.

We are definitely in the Last Days,and there is no sign of a REVIVAL. Its going to get worse and worse until its over,and Jesus returns. We see apostasy all over and through the church of our age. Don't be so disappointed since Jesus said that this has to occur. Once it gets so bad that God is fed up with it, we'll be out of here. Even come quickly Lord Jesus is my prayer and should be the prayer of everyone that is a child of God!!! This old world is going to be burned up...all of it...nothing will be left to remind us of what awaits in Heaven. Prayer and one on one witnessing is the only thing that matters during these days. If you are looking for a church you won't find it. They are GONE!!! Thats why it is so important to witness. Two in the bed, one taken one left. Two in the field, one taken, one left. There is nothing about people in a building being taken. Its the individual believer that is going to be taken up in the air regardless of where he/she is at that moment in time. Keep praying and witnessing as it could be tonight. All the signs are there,its just the trumpet that needs to be blown. Praise God.

Jeremiah 12:10...."Many pastors have destroyed my vineyard, they have trodden my protion under foot, they have made my pleasant portion a desolate wilderness". KJV

Smyrl tonight read the opening lines of the new First Dallas branding commercial (see it at www.firstdallas.org), and Smyrl called it blasphemous. Of course he didn't say it was Dallas, but since Jim gave direct quotes there was no doubt that Smyrl was referring to Dallas as he quoted it:

"I am an anchor, I am the sanctuary, I am reverent moments of respite, I am a merciful hand, I am a witness, I am a promise, I am central to the life of this city"...and Smyrl said this commercial was "blasphemous self-promotion" because those statements he read were not describing God or Jesus, but rather the church.

"That is blasphemous self-promotion" is what Smyrl called it.

Now, I just wonder what marketing consultant came up with that little video for First Dallas that Smyrl said was "blasphemous self-promotion". Was it the A-Group, our own marketing firm? They are or were a consultant to Dallas.

Wouldn't that be ironic if the A-Group and Maurilio was involved in coming up with that video that our assistant pastor called "blasphemous self promotion"?

And who are we to criticize a church for "blasphemous self-promotion"? We are KING when it comes to promoting and fund-raising at our church.

And who is it selling advertising spots at the pastors conference?