The Charges Against the Watchdog - Part 3 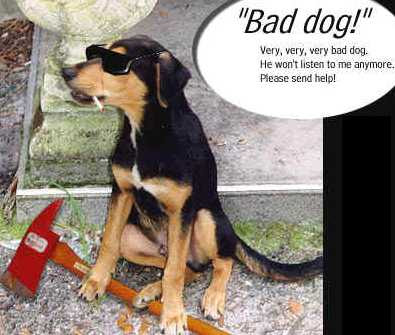 We're examining closely the charges against the Watchdog found in this letter. In part 3, we are looking at items J. through M.

"J. You have criticized, without a factual basis, the new visionary initiative of starting a South Campus Congregation"

The Watchdog has been critical of the South Campus start-up but not without factual basis. Read for yourself:

Are Satellites the Answer for FBC Jacksonville?

In this article the Watchdog examines the decision to start a South Campus, and is critical of the plan primarily because there is no basis to assume that a stagnant church, one whose attendance is not increasing and is possibly decreasing, can turn things around by starting satellites. Most satellite churches are born out of necessity, when a congregation finds that its main campus has no more space to accommodate growth.

Also, the Watchdog found it offensive that Mac on multiple occasions in 2008 tried to tell the people of FBC Jacksonville that the church in Rome in the days of the early church was a group of "satellite churches" - absolute rubbish - and its embarrassing that Mac tried to sell this to his congregation.

"K. You have belittled the work and service of many dedicated First Baptist Church members who have offered their time, resources, and homes to lay the ground work for a starting South Campus."

This is not correct. To question the pastor's decision to start satellites is not akin to belittling the work of FBC Jax members. Again, Mac is the one who has shown a disdain for FBC Jax members on many occasions.

Satellites and Life Links: It IS About Mac After All

You will see in this article the Watchdog was critical of several things, including Jim Smyrl's assertion in one of the Life Link informational meetings that there is no preacher in our city like Mac Brunson and we need to get his wonderful messages out to other parts of the city and country.

It is true that the Watchdog has advocated members withhold their givings - if they shared the Watchdog's concerns over the bylaw changes in December 2007 and the many abuses at FBC Jacksonville. But it is incorrect to say that this was to "...jeopardize the security of the financial operations of First Baptist Church." That was not the purpose at all. The purpose of withholding financial gifts to FBC Jax could be for any number of reasons including disagreement with how Team Brunson is raising and spending money. Another reason would be because the bylaw changes in December 2007 transferred power from the congregation to the pastor and trustees with no explanation from the pastor, leaving concerned congregants only voice to be through their giving.

"M. You have belittled and ridiculed, falsely, the manner and method by which the families of First Baptist Church can dedicate their new babies and children."

Total garbage. The Watchdog has been critical of Team Brunson for misusing their power in holding a special baby dedication on a Sunday morning for their grandson, and also a special ordination service for their son-in-law.

Read it for yourself:

The comments are levied directly at Mac Brunson, not the people of FBC Jacksonville. The writers of this letter seem to be afraid of using Mac's name. If the writers believe the Watchdog was sinning by being critical of Brunson's special baby dedication and son-in-law ordination services, why not just say it in the letter?

Tomorrow: Accusations N. through P.
Posted by FBC Jax Watchdog at 8:45 AM

Are they serious? This is the silliest thing I have ever heard. The "accusations" are so childish. They sound like little children in the playground that get mad because they can't make everyone play the game they want to play. So they throw a fit and run home to Mama. Boo Hoo, Boo Hoo. Is this really a church doing this stuff? "I am going to huff, puff and blow your house in". Remember that from the Three Little Pigs Nursery rhyme. This is really for real? This would be laughable if it weren't so pitiful.
For one thing Watchdog can say whatever he pleases. This is still America!!!!

1 Cor:4-5: "Charity suffereth long, and is kind, charity envieth not; charity vaunteth not itself, is not puffed up, vs.5.Doth not behave itself unseemly, seeketh not her own, is not easily provoked, thinketh no evil;". Ministry is to be exercised in love!

People who live in glass houses should never throw stone!!

It is interesting that Mac believes that, during the era when the New Testament was written, local churches in a geographcal area (such as Rome) were organized in a "satellite" structure. I've seen that concept espoused before -- in Catholic writings on the nature and history of the church.

The Catholic church teaches that the Apostles taught and practiced a kind of church structure and government much like what Catholics have today, wherein individual local congregations fall under the auspices of a larger organization, with multiple congregations being under the authority of a bishop.

Baptists have historically rejected this concept and have taught that the earliest churches were all autonomous (and thus so should today's churches be, to follow the pattern of the New Testament), with the elders/pastors/bishops being only part of a single congregation, which governs itself independently and congregationally.

Could it be that Mac is accepting and promoting a doctrine and practice of the "cult" (to use Smyrl's term) of Catholicism?

Mac actually referred to the "Rome satellites" in the context of our plan in opening satellites, as though IF the churches in Rome were "satellites" they would be comparable to the concept of Mac's satellites, where there is a central large "mother church". For a guy to really pride himself on history and expository preaching, it is so embarrassing to see Mac think the people of FBC Jax are so stupid that they would just accept that the Rome churches were satellites because he says so.

W-dog,
My point is that the current "satellite" church practice that has become popular for some Baptist mega-churches is not substantially different from Catholic church structure.

Many years before the concept of satelitte churches was popular in Baptist circles, a Baptist pastor in my area was planning to open a satelitte congregation in another part of town. But the idea was thoroughly rejected by his own church and by the local Baptist association because it was seen as a violation of the historic Baptist principle of local church autonomy.

But these days, if a mega church pastor proposes something, people just assume it is right and rarely question whether it is consistent with biblical teaching. Instead, these "mega-pastors" twist Scripture to support their plans. And when anyone dares question the choices or actions of the pastor, they are labelled "rebellious", "divisive", "ungodly", or worse. (As you well know.)

In the past two or three decades Baptist churches and pastors have taken on characteristics that have been common in Catholicism for centuries.